A Brief History of Legalization: How Did We Get Here? 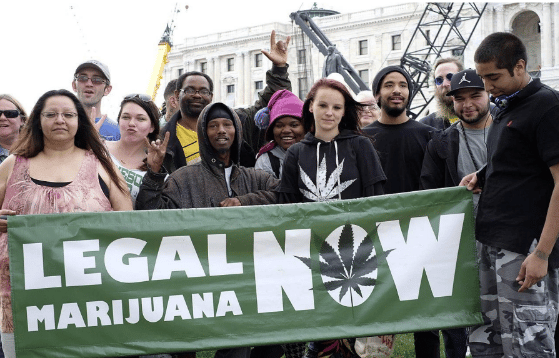 In 2022, each municipality and county in Michigan that opted to allow for recreational cannabis stores received $56,400 for every licensed retail shop that operated during the 2021 fiscal year. That money came from the over 175 million dollars collected via Michigan’s recreational sales tax. Cannabis has only had legal recreational cannabis for a few years, but how did it get here?

Following the enactment of the Marihuana Tax Act of 1937, cannabis was essentially outlawed at a federal level. It wasn’t until decades after the resurgence of marjuana, with the beatniks of the 50’s and hippies of the 60’s, that reform for cannabis really started to take form. In San Francisco in 1991, the city’s residents approved Proposition P, a declaration by its people making it known they were in favor of medical marijuana. Although it did not change any laws,  79% of voters in the city approved of Prop P and the city followed suit and passed Resolution 141-92. This ordinance urged law officials to stop prosecuting individuals that were using cannabis under a doctor’s recommendation. With the success of the Prop P initiative, medical advocates in California garnered enough signatures to get medical cannabis on the state ballot in 1996, known as Proposition 215. With 56% approval the proposition, also called the Compassionate Use Act of 1996 passed, making California the first state to legalize cannabis since its prohibition.

A good number of states soon followed California’s lead, with Alaska, Washington, Oregon and Maine passing ballots approving medical cannabis by 2000. Michigan’s turn came in 2008. Voters took to the polls and passed Proposal 1, known as the Michigan Compassionate Care Initiative on November 4th with 63% of voters approving the ballot, making Michigan the 13th state to legalize medical cannabis. The new legislation allowed 2.5 ounces of possession and a patient or caregiver to grow 12 plants. Although medical cannabis was legalized, dispensaries were not allowed to operate under state law until 2016. In 2017, over 365,000 signatures were submitted to put recreational cannabis on the Michigan state ballot. On November 6, 2018 voters turned to the polls once again to decide Michigan’s place in the Green Wave that was sweeping across the U.S. The Michigan Regulation and Taxation of Marihuana Act passed and Michigan would become the 10th state to legalize recreational cannabis with 56% saying “Yes” to the proposal. This new law laid the groundwork for recreational sales in the state, dictating how dispensaries would operate and how much and where the money collected from cannabis sales would go. Michigan’s residents had chosen to take their autonomy back and a little over a year later Michigan’s first recreational cannabis stores started opening in December 2019.

In 2022, the cannabis industry saw an exponential year of growth in sales and production with access to the herb across the U.S, more readily available. Despite being illegal at a federal level still, as of January 2023 21 states have fully legalized cannabis with another 18 having either medical and/or decriminalized laws in place. Only 11 states still have harsh no THC laws, although some allow for CBD products. It’s safe to say that the Green Wave has rolled through with legislation starting to come through at the federal level supporting the rescheduling and legalization of marijuana. Last month, President Biden signed into law a bipartisan bill dubbed the Medical Marijuana and Cannabidiol (CBD) Research Expansion Act which will allow for more research into this special plant.

As we get closer to that federal legalization, it’s easy to forget about the long road that cannabis users have taken to arrive there. It’s easy to push aside the notion that thousands of people have been locked behind bars for possessing the product you’re buying at your local pot shop. The road’s been long but we’re closer than ever to adults across the U.S having full access to the plant, and lest we forget the people like activist Dennis Peron who helped champion Prop. P in California and co-authored Prop. 215. Without the like of people like those, who chose to stand up for a plant they believed in, we’d have a much longer road to go.

You may enjoy these, as well

Shop 1906 Products in Alpena, MI: What Are They? What Can They Do For You?

Ways to Consume Cannabis Discreetly During the Holiday Season

How to Get a Medical Card in Michigan